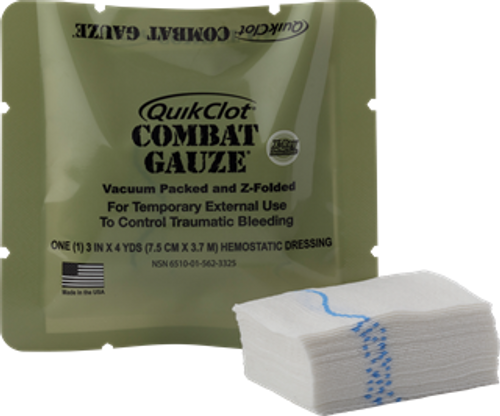 Note: Check out the CELOX which is the only natural sugar clot hemostatic bandage!  (Click Here)